What I've Been Reading 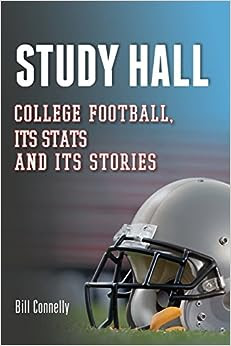 Tripwire  by Lee Child. This tells the story of Jack Reacher, who is at least temporarily happy working in Key West, being reminded of his past Army life. A former colleague passes away, and Reacher happens to fall in love with his daughter, a lawyer in New York. (Jodie Garber is a character who will be referenced throughout at least the next few novels.) Some of the deceased's dangerous business ends up falling in Reacher's lap, and he has to go about making things right for himself and for Jodie.

Running Blind  by Lee Child. As of this writing, I have read six of the Jack Reacher books, and Running Blind  was in some ways the least enjoyable. I liked the beginning and middle of the story, but the "surprise twist" ending was not a surprise at all. I had expected it for a while at that point. Anyway, the book starts off in New York City with Reacher beating up a couple thugs, and it continues as a cross-country hunt for a serial killer of sexual assault victims.

Echo Burning  by Lee Child. I think someone mentioned in a previous iteration of "What I've Been Reading" that the series really took off with Echo Burning, and I have to agree. It seemed like this one was a little bit more personal and riveting than others. Jack Reacher ends up in the middle of nowhere in Texas (okay, places like Pecos and Echo) with a woman trying to get him to off her abusive/criminal husband.

Without Fail  by Lee Child. The momentum from Echo Burning  carries over into Without Fail, as the death of Reacher's brother comes back to haunt him a little bit. The Secret Service starts to receive threats toward the Vice President-elect, and Reacher gets pulled into the action. The reason I first heard of Jack Reacher was when the movie came out a few years ago based on One Shot, but Without Film  seems like the most filmable novel of the series so far.

A Drink Before the War  by Dennis Lehane. I had been on a bit of a Dennis Lehane run before I got hooked on the Jack Reacher books, so I took a bit of a break to return to the investigations of Patrick Kenzie and Angela Gennaro. The two private investigators get a job that has them looking for a politician's house cleaner who stole some important documents. Unfortunately, Kenzie figures out what the documents are and realizes that maybe they shouldn't be returned. I have yet to be disappointed by a Lehane book.

Study Hall: College Football, Its Stats and Its Stories  by Bill Connelly. I just started in on this one yesterday and only got through chapter one, which talks about the reasons why college football fans are so, well, fanatical. I'm looking forward to getting back into it, though.

Please leave your commentary or reading suggestions in the comment section.
Posted by Thunder at 6:30 AM

Email ThisBlogThis!Share to TwitterShare to FacebookShare to Pinterest
Labels: what I've been reading