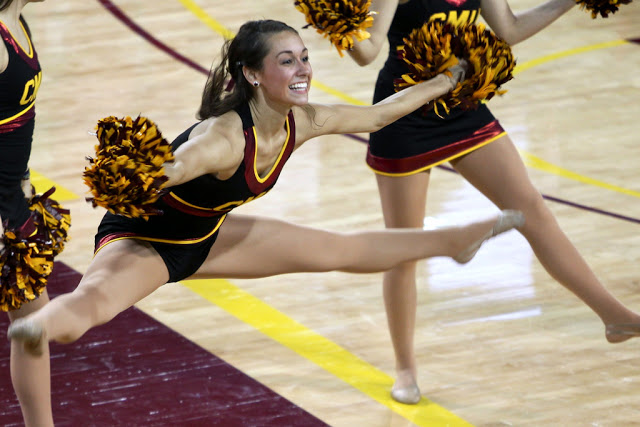 Rush Offense vs. Central Michigan Rush Defense
Michigan is breaking in three new interior linemen, but they return the two tackles, one of whom is an All-American in Taylor Lewan. Former 1,000-yard rusher Fitzgerald Toussaint returns from a broken ankle. The Chippewas have good size at defensive tackle, but their ends are light and the team was 93rd in rushing defense last year. I think Michigan is going to test out Graham Glasgow, Jack Miller, and Kyle Kalis in the middle, but if they need important yards, it will come on the edges behind the mammoth tackles. I would expect to see some outside zone plays that allow Lewan and Schofield to drive block those 250-ish pound ends off the ball.
Advantage: Michigan

Pass Offense vs. Central Michigan Pass Defense
The Chippewas were 100th in the nation in sacks in 2012, and the leading sack artist is gone. It will be interesting to see how the interior offensive line holds up against the pass rush, which is the toughest thing for a young offensive line. Even with the youngsters in the middle, CMU shouldn't be able to present much of an obstacle. In the defensive backfield of the 4-2-5 defense, every Chippewa is over 6'0". Cornerback Jason Wilson and safety Avery Cunningham each had two picks last year, but they may struggle to keep up with the 5'8" and speedy Jeremy Gallon. Furthermore, both starting linebackers 6'0" and only one safety is 6'1", so there's nobody to match height with tight end Devin Funchess. If the linemen keep Devin Gardner clean, he should be able to pick them apart through the air.
Advantage: Michigan

Rush Defense vs. Central Michigan Rush Offense
This is perhaps the most favorable category for CMU, which has one fifth year senior, one true senior, and two redshirt juniors on the line with a redshirt sophomore center. They also have a senior tailback in Zurlon Tipton (6'0", 221 lbs.) who netted 1,497 yards and 19 touchdowns last season. That included a respectable 27 carries for 134 yards against BCS opponents Michigan State and Iowa. Michigan returns large nose tackle Quinton Washington and some quality inside linebackers, along with some more depth on the defensive line than in recent years. The Wolverines finished 51st in rush defense last season, but playing elite rushing teams like Alabama and Air Force dragged down that ranking. Even if it's a warm day, Michigan should be able to rotate in some quality linemen to attempt to stop the running game. Tipton will get his fair share of yards, but CMU won't be able to commit to the running game if they're playing from behind the entire time.
Advantage: Michigan

Pass Defense vs. Central Michigan Pass Offense
Redshirt junior quarterback Kody Kater (6'3", 220 lbs.) is 2/4 for 12 yards in his career. Junior wide receiver Titus Davis (6'2", 190 lbs.) led the team last season with 43 catches for 860 yards and 8 touchdowns and returns this year. Opposite him is junior possession receiver Courtney Williams (6'1", 212 lbs.), who finished with 24 catches for 260 yards and 2 scores. Michigan's pass rush is reputed to be better this season, but even if it doesn't take a significant step forward, the cornerbacks are solid and so is strong safety Thomas Gordon. The Chippewas' best bet is to stretch the field and try to test sophomore free safety Jarrod Wilson, but that will also require holding up against defensive end Frank Clark and the aggressive blitzing of defensive coordinator Greg Mattison. Mattison probably won't want to show his hand to future opponents if the defensive line can get there rushing three or four, but he'll do what it takes to try to win comfortably.